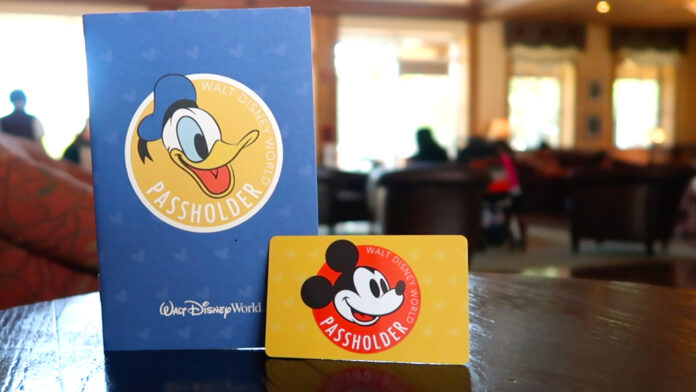 An alleged screenshot of the proposed Disneyland Reservation System posted by flutas on the WDWMagic Forums, gives us a first glimpse into the new system. Fine print featured at the bottom of the incomplete reservations page heeds a warning to annual passholders:

“If anyone in your party will not be visiting the park(s) on the reserved date, be sure to remove the Passholder(s) or cancel the entire reservations by the day before (11:59PM ET). Passholders who are a “no show” for 3 reservations in a 90-day period will be unable to make new reservations for the next 30 days.”

As part of the new reservation system Disney is rolling out in Walt Disney World and Disneyland, you will be required to secure a park reservation in advance in order to be allowed entry. Weeks ago, Disney said they’d soon give guests the specifics of how the system will work. Resort guests, single ticket guests, and annual passholders all have questions. With less than a month till Walt Disney World reopens and Disney’s system for reserving parks, hotels, and dining still unreleased, guests are understandably anxious.

If this alleged screenshot is legitimate, it could mean Disney is considering refusing entry to Passholders who have failed to show up on previously reserved days. The refused entry from the parks would last 30 days, should they fail to enter the park at their reserved time 3 times in a 90 day period. This rule already exists in Disneyland with the Disney Flex Passport, but should it be applied to Walt Disney World it would be unprecedented.

This could be a possibility as it’s already rumored Disney will be limiting Passholder access to the parks given the very low Park capacity due to social distancing. If passholders have unlimited access to reservations daily, they could take up all the available slots, barring non-passholders from going to the parks. Worse yet, if they take up valuable slots and fail to show, this would be additional bloat to Disney’s upcoming system.

That said, restricting passholders, many of whom have paid a large sum for the promise of no blockout dates and unlimited access to the parks, is a punch to the stomach of Disney’s most frequent visitors. This can be seen an unfortunate hit that will have to be taken in order to make the system function when Disney reopens under a rumored park capacity of around 20 percent.

This is strictly a rumor at this time, and Blog Mickey has indicated this could just be rollover print from Disney’s Flex Passport in Disneyland as it too uses nearly identical wording in its fine print.

Also included in the screenshot is what might hint to staggered park entry. This would mean instead of guests just reserving a day to go to the park, an exact entry time will also be specified. This way, not all guests show up at once, overwhelming Disney’s infrastructure and impacting the ability to socially distance.

We’ll keep you up to date on the latest information as soon as it becomes available and will cover all the details of the new system on our YouTube channel as soon as Disney releases them. 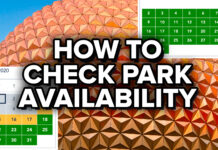 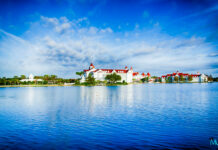 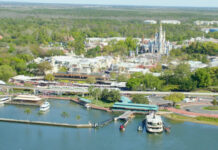 ABOUT US
Mickey Views is an unofficial Disney news website. We are not affiliated with the Walt Disney Company or its affiliates in any way.
FOLLOW US
© Mickey Views 2020, All Rights Reserved